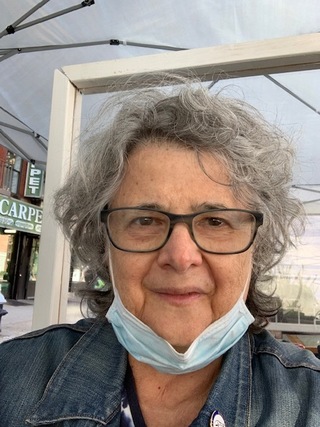 Leonore Tiefer, PhD, author, educator, researcher, therapist and activist has specialized in many areas of sexuality. She began with a Psychology PhD on hormones and hamsters (University of California, 1969) and an academic position and animal laboratory (Colorado State University, 1969-1977). Responding to the call of feminist politics and the world of sexology for people, she later respecialized in clinical psychology (New York University, 1988) with a focus on sex and gender problems. Beginning in 1977 her New York City career took her to Downstate Medical Center, Beth Israel Medical Center and then to Montefiore Medical Center where she was employed in the Urology Department and co-directed the Sex and Gender Clinic from 1988-1996. She was Associate Clinical Professor of Psychiatry at the New York University School of Medicine from 1981-2017 and currently has a limited private psychotherapy and sex therapy practice in Manhattan.

Dr. Tiefer has written widely about the medicalization of men's and women's sexuality. She has been interviewed by news media around the world and appeared on many news shows as the foremost critic of "disease-mongering" trends in the medical management of women's sexual problems. The website of her educational anti-medicalization campaign, newviewcampaign.org, is a major resource on this topic for journalists, colleagues, and the public.

Dr. Tiefer has received many professional awards, e.g., 1994 Alfred C. Kinsey Award and 2004 Distinguished Lifetime Scientific Achievement Award from the Society for the Scientific Study of Sexuality and 2004 Lifetime Career Award from the Association for Women in Psychology. She has been elected to many professional offices within sexological and feminist organizations (e.g., 1986 National Coordinator of Association for Women in Psychology, 1993 President of the International Academy of Sex Research). She served as Vice-Chair of the Board of Directors of the National Coalition against Censorship (ncac.org) and on many committees at her New York City Unitarian Universalist Church.

Dr. Tiefer’s c.v. contains over 150 scientific and professional publications. Her Westview Press book, Sex is Not a Natural Act and other essays now in a 2nd edition (2004), has been translated into several languages. In 2001 she co-edited an important feminist sexology collection, A New View of Women's Sexual Problems, that grew out of the New View educational campaign (newviewcampaign.org). She also co-authored a classroom and workshop teaching manual (2003) to accompany this text. The New View campaign has held 5 scholar-activist conferences, testified before the FDA, provided fact sheets and briefings for media, and generated articles and chapters that are influencing the way students and professionals are taught about human sexuality. The campaign concluded in 2016 with a "Capstone Conference" but the website will remain up as a permanent archive of the work.

Dr. Tiefer is well-known as a public speaker, having been invited to keynote scores of conferences from London to Paris to Berlin to Osaka to Istanbul to Calcutta to Ljubljana to Auckland. She has given challenging and provocative grand rounds in Psychiatry, Urology, and Obstetrics and Gynecology at numerous medical centers and spoken to innumerable university and college clubs, classes, and public audiences. In 2003, she was a platform speaker at the Chautauqua Institution, speaking to an audience of over 4500, standing in the same honored spot as Susan B. Anthony, Eleanor Roosevelt, presidents and senators, and other leading intellectual figures.

In 2011 the campaign produced a prize-winning satire video spoof of the cosmetic genital surgery industry. It offers an unusual theatrical example of activist work.
Here is a 2014 example of the campaign's online petition work petition challenging the deceptive Pharma PR campaign that pressures the FDA to approve an unsafe brain drug - flibanserin - because of gender equality (men have their sex meds why shouldn't women - and never mind the science!).
In 2015 the campaign produced a song to assist our activism in challenging the new sex drug Addyi and its misleading public relations promotion

In 2013, Dr. Tiefer moved from focusing exclusively on the medicalization of sex to a larger perspective on overtreatment and overdiagnosis as co-organizer of the successful conference, Selling Sickness: People Before Profits.
Take a look at the CALL TO ACTION on that website!!

In October, 2016, Dr. Tiefer organized the fifth and final New View conference, the "Capstone" conference. The website contains the full program, most presentations, pictures, etc. A YouTube
video was produced to tell the story of the conference and the campaign.

The new "female sexual dysfunction": A story of medicalization, disease-mngering, and resistance

2016 public lecture on the role of the pharmaceutical industry in creating and promoting "female sexual dysfunction" in order to sell drug products.

Another Dr. Tiefer lecture on medicalization and sexuality from 2007 available on YouTube http://www.youtube.com/watch?v=_yUeVaU408s

Female Sexual Dysfunction: A Case Study of Disease Mongering and Activist Resistance
Provocative critique of how pharmaceutical companies create sexual disorders and the role of consumer activism and resistance.

Sex is Not a Natural Act, and other essays
Popular and professional writings on contemporary sexual life. "An important book"
--The Nation

A New View of Women's Sexual Problems
Diverse commentaries on the New View Campaign Manifesto, plus essays on new sex research on women